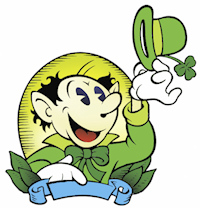 Northeast Portland is throwing its 33rd Annual St Patrick's Day Parade (read the story of this quirky event here). We'll head west from Fernwood/Cleary School (NE 33rd & Hancock) at 1 PM. Huzzah for neighborhood parades!
Oregon Dental Association
Portland, OR
The Oregon Dental Association is meeting at the Oregon Convention Center to confer and otherwise hobnob with their fellow dental wizards. We've been invited to add that special je ne sais quoi (That's French for "What the heck was that?") from 4 to 6 PM.
Birthday Celebration 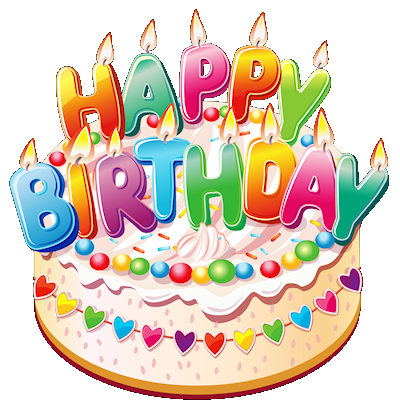 Shhh ... it's a surprise. Bring TBGO to the party and it'll be one he/she won't forget!!!
St. Paul Fourth of July
Portland, OR

It's Independence Day! It's been a while since we visited St. Paul and we're looking forward to their July 4th celebration. The "big dog" in the celebration is the St. Paul Rodeo, now in its 87th year. Cowboys and cowgirls compete for nearly $500,000 in prize money, making St. Paul one of an elite group of rodeos attracting the top competitors in the world. The parade is a fun and colorful community event with entries from all over the North Willamette Valley. Parade steps off through downtown at 10 AM; join us and enjoy Americana at its best on this very special, patriotic holiday!
Gladstone Community Festival
Portland, OR

The Gladstone Community Festival began as the Chautauqua Festival in 1894. Now, more than 125 years later, this event continues to bring Gladstone together to celebrate summer with a wide array of entertainment and events. Parade steps off at 10 AM from Gladstone High School and heads down and around Portland Avenue, ending at Max Patterson Park. TBGO will also perform in Max Patterson Park immediately following the parade.

Stay tuned - new events get added to our calendar throughout the year!