The best way to appreciate TBGO is to see us in performance, but hey -- not everyone is that lucky! <grin> Don't despair -- here are a few clips of shows and parades from across the country and around the world.

An iconic band of the early 1980s that's slated to enter the Rock and Roll Hall of Fame in October 2021, The Go-Go's hit #1 with their debut album Beauty and the Beat. They were the first and are still the only all-female band writing its own material and playing its own instruments to top the Billboard album chart. The Beat Goes On Marching band has a favorite tune from that album — enjoy!

Portland's best-traveled adult marching band "boldly goes where no band has gone before". Join the voyage and enjoy the creativity of our performers!

TBGO has always said "we're more likely to play Lady Gaga or Bruno Mars than John Philip Sousa". But ... what if JPS met up with Santa Claus? Hmmmmmmm .........

The COVID-19 pandemic put a serious crimp in our 2020 travel and performing schedule. Time to go virtual with one of our favorites! Here's TBGO's first-ever virtual band performance of Uptown Funk. The band even gets to sing a little (consider yourself warned!).

2017 brought TBGO's first trip to the Southeastern U.S. as we performed in the Savannah St. Patrick's Day Parade -- the second largest in the country and one of the largest in the world. Thanks to WTOC Savannah for the TV coverage.

2017 Savannah coverage includes Fireball and (as the band disappears from view) Wooly Bully.

Here's a little video from our first run down the Southern Oregon coast. Enjoy our little dance buddy!

The Spring Showcase was an opportunity for TBGO (and three other local bands) to strut their stuff on stage in a fun afternoon of music. The 2016 show includes Uptown Funk, One Mint Julep, Fireball, Enter Sandman, Runaway Baby, and more.

The Spring Showcase was an opportunity for TBGO (and three other local bands) to strut their stuff on stage in a fun afternoon of music. The 2015 show includes Unchain My Heart, Blurred Lines, What Makes You Beautiful, Fanfare for the Common Man, and more. 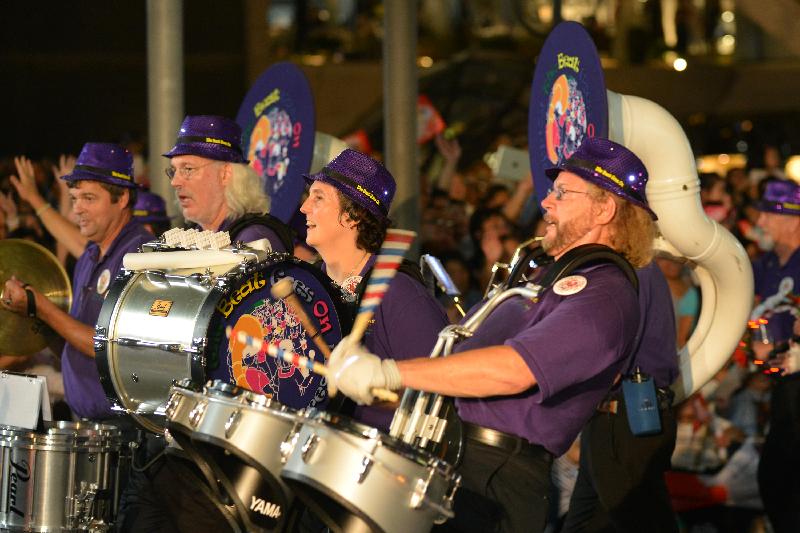 TBGO took China by storm as the sole invited U.S. representative to the 2014 Shanghai Tourism Festival. In this clip we perform live for 200 million viewers at the TV area of the Grand Opening Parade featuring We're an American Band and, um, the Northwest National Anthem. 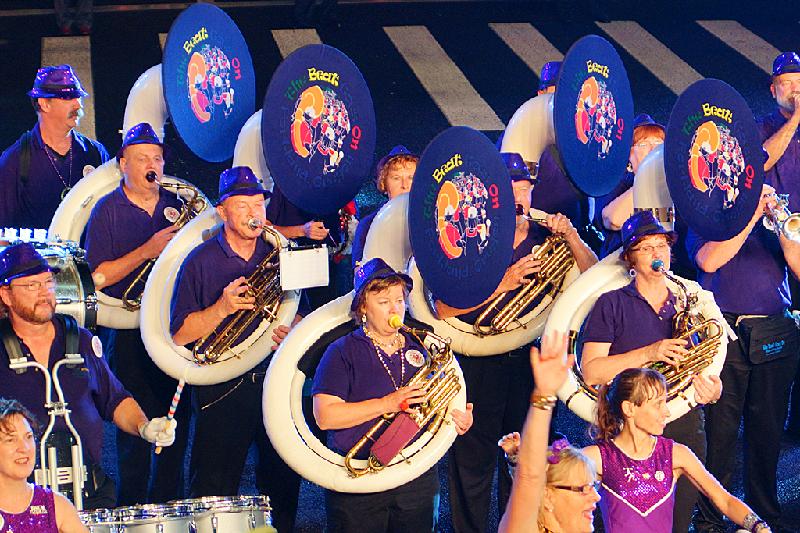 Besides its usual parade performance, the band played its "TV show" at a couple of other designated areas along the route. Here's a look at TBGO "up close and personal" with the crowd at the second performance area further down the parade route.

While in China the band performed at multiple locations, including this opportunity to cut loose at the foot of the 1,535 foot tall Oriental Pearl Tower. Check out the "dance performances" by tour guide Annie and a member of the Bulgarian dance troupe!

In July 2014 TBGO visited New England to be part of the Bristol Fourth of July Parade, the oldest continuous July 4th celebration in the United States dating back to 1785. Before the parade started, we had the opportunity to perform several tunes for the ABC 6 TV cameras. Thanks a bunch to ABC for sharing these two clips with us!

In this clip: National Anthem March and Five O'Clock World.

A second pre-parade performance at the 2014 Bristol Fourth of July Parade. This clip features one of TBGO's long-standing favorite tunes, America the Beautiful.

The Oregon Adult Band Festival is a (mostly) annual affair in which community bands gather to perform for (mostly) each other. TBGO played its first OABF in 2014. Here are some of the highlights.

A million people lined the streets for the San Francisco Chinese New Year Parade on a perfect February evening in 2014. Bring on the dragons!

Since 1950, thousands of spectators have gathered on a warm July night to watch as parade units march, float and dance in celebration of Seattle. TBGO joined the Seafair Torchlight Parade in 2012. As an added bonus, the band was joined on cymbals by author Robert Fulghum (Everything I Need to Know I Learned in Kindergarten) performing in his first-ever parade. Thanks to KIRO 7 television in Seattle for this coverage.

On May 6, 2013 TBGO had the honor of being the first marching band ever to open a session of the Oregon State Legislature. Many thanks to Representative Jeff Reardon for sponsoring the band. Watch us Rock the House!!!

On October 29, 2011 TBGO made its first public appearance, performing for 4000+ band kids and their parents in Hillsboro Stadium at the Northwest Association for the Performing Arts Marching Band and Auxiliary Championships. It was a very high-energy day for the band as you can tell from these video clips.

Here's the opening of our show, featuring Word Up and Long Train Runnin'.

More from the NWAPA Championships: a groovy rendition of Earth, Wind & Fire's Sing a Song.

Join us uptown in the Harlem of the 1950's where the jazz was cool, the girls were hot, and EVERYONE was jumpin' at Birdland.

Here's the closing number from the show, Lady Gaga's Poker Face. You can tell the adrenaline was flowing that day — the tempo on this is outrageous!